It is a common misconception (largely among single people or newly married couples) that the ideal goal of marriage is to have a conflict- free marriage. Not only is this literally impossible, but it’s actually an incredibly unhealthy goal. The healthiest couples learn, generally over time, how to not avoid conflict but to manage conflict. Here are 3 things that healthy couples do to manage personal conflict.

1. They purposefully engage in conflict 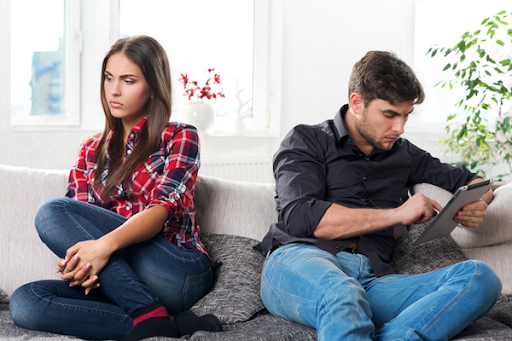 Dictionary.com defines Conflict as: to come into collision or disagreement; be contradictory, at variance, or in opposition; clash. Conflict occurs any time two people (or groups) have a different viewpoint, differing needs, desires, priorities or agendas. Needless to say, this is going to happen often in any relationship.

Many couples try to “manage conflict” by simply trying to get their way or get the other person to fall in line with their needs, wishes, wants, desires or agenda. This is actually a far more unhealthy way of managing the differing needs and wants of two people in a relationship. Healthy couples figure out what they want, need or desire and then communicate that to their partner. From there, they can (generally) have a healthy, rational discussion about what the other person’s needs, wants or desires are and how they can work together to accommodate them both.

2. They always keep divorce on the table

While this may seem counterintuitive, the healthiest couples leave each other free to leave at any time. When people know that divorce is always an option, it actually forces them to face and deal with their issues, rather than trying to bury, hide, run from or avoid them. Many couples will seek out a divorce attorney somewhere in the course of their relationship but few couples get divorced the first time they consult one. After getting a full reality check of just what divorce entails, many couples realize it would actually be easier to fix what is wrong with their marriage than get a divorce and head to a marriage counselor’s office instead. This website has some good information to offer about the full realities of divorce.

When couples first start dating, they enjoy spending time together and there never seems to be a lack of things to talk about. After all, prior to that moment, they had spent 15, 20, 30 or 40 years apart, so there was a lot to fill each other in on. As a result, they generally spend hours at a time just talking.

Even if they didn’t know it, all this talking about themselves and each other and all their hopes and goals and plans for the future did something magical: it made them crazy hot for each other! Telling each other all their deep, dark intimate secrets and all the stuff they never told another living soul before was developing a little thing called intimacy. And here’s a little secret: intimacy outside of the bedroom has an amazing effect on intimacy inside of it.

But then they got married, and kids came along and they bought a house – and pretty soon they rarely had time to talk. When they did, it was generally about the kids or the house or the neighbors – not themselves. And they wonder where the “magic” went.

Healthy couples carve out space to talk about themselves – their hopes, their dreams, their goals and the new things life is teaching them. All that talking does the same thing in marriage that it did when dating – it creates intimacy. While intimacy doesn’t resolve conflict entirely, it’s the spoonful of sugar that makes the medicine go down way easier!

Looking at the therapeutic benefits of CBD, they are sold in various forms in the market. A user can choose them based on their preference. CBD Edibles are a delicious way to consume CBD especially for beginners who do not like the earthly taste of CBD oil. Young or old, everyone loves CBD in an […]

These days, e-smoking or vaping has become very popular due to several reasons. In this process, electronic devices like vaporizers will be used to exhale steam. It is considered to be one of the best alternatives to smoking as it helps in many ways. They are: helps to quit smoking cigarettes, relax, and others. Vape […]

A chandelier is a stylish accessory that amplifies the beauty of a place. Not just they illuminate a room, but also create a style statement. Chandeliers come in various beautiful, and exquisite lighting solutions. If you are planning to buy one, an understanding of these lighting options will help make the right selection. Chandelier with […]